Skip to content
Relief from your gout in as little as 2 hours and no more recurring attacks that experts have linked to potentially fatal health conditions. Click for more... 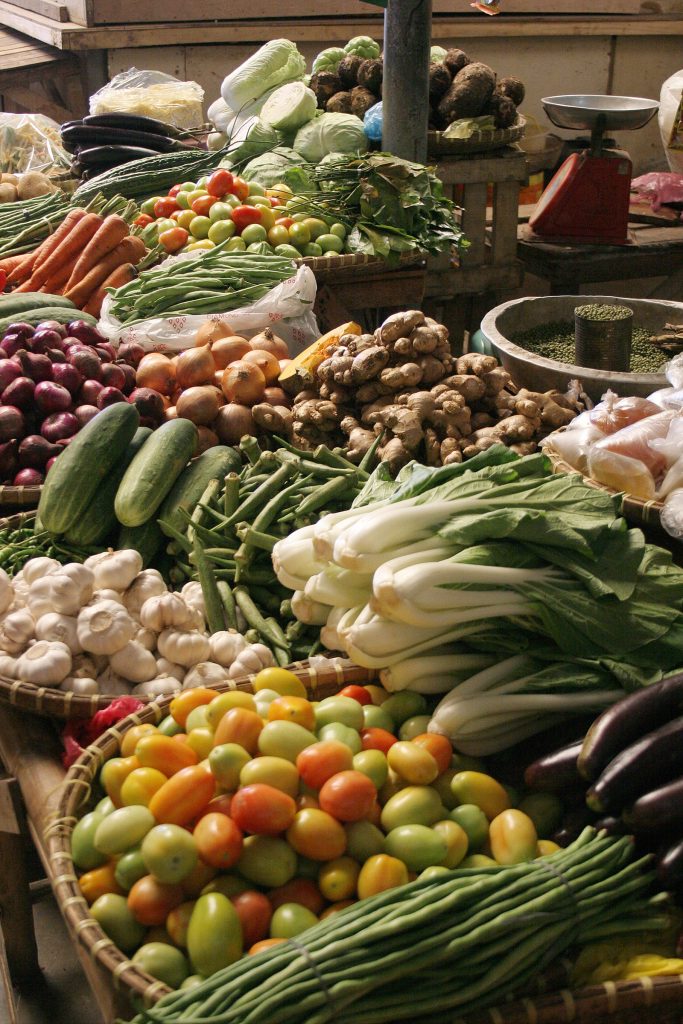 High levels of uric acid in the blood is the root cause of painful gout. When someone has these high levels – a condition known as “hyperuricemia” – microscopic urate crystals can form out of the excess uric acid and lodge themselves in the joints and surrounding tissue, causing the excruciating symptoms of a gout attack.

Natural chemical compounds in food – called “purines” –  produce uric acid in the blood during the body’s metabolization process, which is then processed in our kidneys and excreted in urine.

Hyperuricemia occurs when insufficient uric acid is expelled leading to a build-up of excess uric acid in the bloodstream.

Why You Should Choose More Alkaline Foods for Gout

A 2005 US study found a correlation between high purine consumption and high serum (blood) levels of uric acid. This chymes with the general advice given to gout sufferers: change to a low-purine diet to help reduce uric acid levels and so prevent further gout attacks.

This means avoiding or cutting back on purine-rich foods, like red meat (especially organ meats), game, some poultry, shellfish, some fish, even some vegetables like asparagus and cauliflower. Generally speaking, high-purine foods are also high in protein.

The important thing to recognize here is that a low purine diet does not, in and of itself, facilitate uric acid excretion, it only reduces the amount of uric acid being produced in the blood. So, less purines consumed -> less uric acid produced -> lower serum uric acid levels -> less risk of gout.

Now, as well as containing relatively high levels of purines, another thing that high-protein foods have in common is that they generally make the blood more acidic after being digested. But experts say that our blood needs to be slightly alkaline for optimum health, with a pH (potential of hydrogen) between 7.35 – 7.45.

pH is a measure of the acidity or alkalinity of a solution. The pH scale ranges from 0 to 14 with 7.0 being neutral. Anything below 7.0 is acidic, anything above is alkaline. So a purine-rich diet may result in blood pH tending towards and even slipping below 7.35.

A 2011 Japanese study compared the effects of an alkaline diet (more fruit and vegetables + less protein) and an acidic diet (more protein + less fruit and vegetables, ) on uric acid excretion. They found that an acidic diet decreased uric acid excretion, whilst an alkaline diet actually increased it. They ‘tentatively’ concluded that:

“…dietary intervention may well be the safest and the most economical way for the prevention of hyperuricemia.”

However. the same group did more work to understand the mechanism behind their findings and published the results of their follow-up study in 2012, in which they asserted that uric acid may be reabsorbed more actively in acidic urine than in alkaline urine and concluded that…

“…alkalization of urine by eating nutritionally well-designed alkaline-prone food is effective for removing uric acid from the body.”

Thus, moving to a more alkaline diet with less purine-rich foods should both reduce blood uric acid and increase uric acid secretion through urine to help lower the risk of future gout attacks.

My brand new breakthrough guide "Gout Rescue" gets you relief from your gout in as little as 2 hours and prevents the recurring attacks experts have linked to some potentially fatal health conditions. Click here for the facts.

Test Your Alkalinity with Purple Cabbage and Pee!

This simple and fun way 🙂 to test your alkalinity comes in approx. 3 minutes after a brilliant summary of the benefits of an alkaline diet.

You can test your alkalinity very simply and quickly using this handy pH Test Tape which will give you an accurate visual reading:-

But, whichever way you choose, it’s important to keep a regular check on your alkalinity if you suffer from gout and want to prevent recurring attacks.

The U.S. Department of Agriculture notes that herbs — fresh and dried — are one of the most alkaline groups of food you can eat. So use herbs liberally in your diet. There’s a very detailed list of both alkaline and acid forming foods here.

Note, though, that asparagus, cauliflower, spinach, mushrooms, lentils, and dried peas, contain moderate amounts of purines, so you may wish to think about avoiding them completely or consuming less of them and less regularly. Make up the difference with more of the other gout-friendly foods above.

Finally, although an alkaline diet is good you don’t want to go too far and end up with a condition called “alkalosis” where the body is too alkaline. According to the University of Maryland Medical Center and the U.S. National Institutes of Health, symptoms of alkalosis are things like nausea, vomiting, tingling, tremors, muscle spasms, light headiness and confusion. So keep a close eye on your alkalinity by regular testing as described above.

I’ve had recurring gout most of my adult life but haven’t had a gout attack for 10+ years now. Whether this is your first gout attack, or you’ve had multiple flare-ups, the content on here will, hopefully, set you on the road to being gout-free too.

Relief from your gout in as little as 2 hours and no more recurring attacks that experts have linked to potentially fatal health conditions. Click for more...